The diagnosis of non-rheumatic myocarditis remains a complicated and pertinent problem, which is conditioned by lack of pathognomonic clinical signs and similarity of the semiotics of the disease to other kinds of cardiac pathology. The term “myocarditis” brings together inflammatory myocardium conditions, different in terms of etiology and pathogenesis both at isolated lesion of myocardium (primary myocarditis) and at some infectious diseases and systemic pathological processes (secondary myocarditis). The disease may develop with a focal or diffuse lesion of the myocardium.

The clinical diagnostics of primary myocarditis presents great difficulties, so because of the lack of direct signs of the inflammatory lesion of the myocardium, the diagnosis is based on indirect clinical hardware-based syndromes that become apparent within 2 or 3 weeks after the administered infection. The related syndromes are as follows:

– cardiomegaly as per radiography or echocardiography data;

The needle biopsy of the myocardium is one of such diagnostic techniques. Meanwhile, the basic morphological sign of the disease in this context is presence of an inflammatory reaction (lymphocytic and histiocytic infiltration) in the myocardium with damaged cardiomyocytes and capillary endothelium. However, the endomyocardiac biopsy does not ensure an exhaustive diagnosis because of a chance to pick up a sample from the unaffected section or the “false-negative” result. According to most authors, the endomyocardiac biopsy confirms the clinical diagnosis only in 17-37% of cases.

In this connection the development and extensive use in clinical practice of noninvasive methods of diagnosis of myocarditis, which allow to visualize myocardium inflammation and determine its intensity and evolution in the course of treatment, arouse active interest. We have accumulated some experience in non-invasive diagnostics of myocarditis and dynamic control of the myocardium condition in the course of treatment. In the integrated diagnostics of inflammatory cardiac lesion, additionally to conventional methods of clinical, laboratory, immunologic and ultrasound investigation, we have used the methods of NLS-investigations of the heart with spectral-entropic analysis.

The NLS-investigation was carried out using “Metatron”-4025M device equipped with 4.9 GHz digital trigger sensor. In analyzing the obtained virtual shots, a special attention was paid to the emerging zones of the increased chromogenic value of the signal from the myocardium (5-6 points according to Flandler’s scale). Overall 49 patients affected by myocarditis of mild or medium gravity were examined (25 women and 24 men aged 15-47). All the patients underwent a primary clinical hardware-based investigation including single-photon emission computed tomography with tagged leukocytes. 9 patients had check examinations of the myocardium condition carried out during the therapy using tomoscintigraphy of the myocardium and NLS. Six patients underwent an NLS investigation of the heart within 2-8 months after the primary radioisotope investigation. 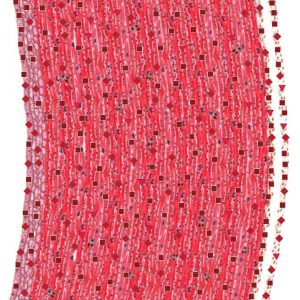 With a focal pattern of leukocyte accumulation in the myocardium the foci of chronic infection were determined in 70% of cases. In the group of patients without a clear accumulation of the leukocytes in the myocardium the foci of chronic infections were only detected in 40% of cases. Extra cardiac foci of tagged auto leukocyte fixation were more often detected in the nasopharynx, however there were no authentic distinctions among the groups. 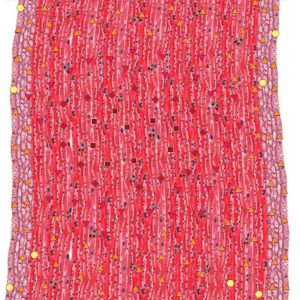 The initial integrated investigation of the patients affected by myocarditis showed that in 75% of the patients (36 cases of 49) the accumulation of auto leukocytes occured in the thick layers of the myocardium, either diffuse or focal, which together with some clinical signs of myocarditis confirms the inflammatory lesion of the cardiac muscle. Typical for a diffuse myocarditis proved to be the moderately increased activity of cardio selective enzymes and indexes of the cell section of immunity as well as some changes in ECG, such as disturbed conductivity.

An NLS-investigation performed on 28 patients affected by diffuse myocarditis within 1.5-5 months after the medication was started, confirmed zones with an abnormally hyperchromatic NLS-signal, which fully corresponded to the foci of tagged auto leukocyte fixation in the myocardium. Our results are in conformity with some literary evidence on a possible noninvasive diagnostics of myocarditis using computer nonlinear investigation. 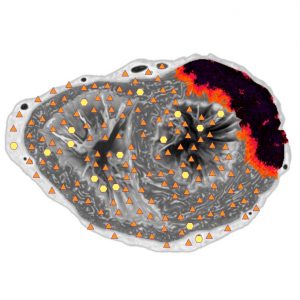 In another 3 cases of NLS investigation we obtained a doubtful or false negative result which was accounted for by some technical problems (increased signal deviation connected with a convulsion of ciliary arrhythmia that occurred during the investigation). Two patients with a focal leukocyte accumulation had NLS carried out 6 and 8 months after single-photon emission computed tomography, and the shots did not display any pathological changes.

Thus, the repeated investigations using tomoscintigraphy of the myocardium and NLS proved, that a clinical improvement in the patients’ condition that could be seen 1.5-3 months after the medication, was not indicative of recovery, because the “morphological sanitation of the myocardium” even at a myocarditis of medium or mild gravity, arrives much later. The tomoscintigraphy of the myocardium with tagged auto leukocytes proved to be less sensitive and informative method of diagnosing myocarditis in such cases than the NLS investigation.

NLS allowed to detect lesions of both ventricles and also atriums, despite their small thickness.

The inflammatory nidi in thin-walled cardiac chambers were well visualized during NLS. A negative factor at single-photon emission computed tomography was an inevitable admixture of erythrocytes in the leuko concentrate, which increased the general background radiation of organs and tissues and in some cases effaced the boundary between the organs under investigation and its background. The NLS-investigation can be used as a means of the more precise myocardium condition control during therapy, and as a method of primary diagnostics.

As an example, we would refer to the data obtained during one of the observations. Patient K., 32 years old came to the clinic with complaints of a persistent dull heart pain experienced at rest, irregular heartbeat and respiratory distress at a moderate physical activity, pasty legs and feet in the evening, fatiguability and general weakness. The anamnesis showed that two months before the patient had had an acute rhinopharyngitis without confinement to bed. For 5 days, the patient had a fever with a temperature rising up to 38.5C and algors in the evenings. The patient took biseptol, remantadinum and aspirin on her own accord, and gradually started to feel better, however 3 weeks later the complaints reappeared.

When she was hospitalized her condition was satisfactory. According to the physical examination the patient had pasty talocrural joins, moderate tachycardia (pulse rate 90 beats per minute), and frequent extrasystole (about 5 beats per minute), muted first sound and third sound on the apex of the heart. The blood test detected moderate leukocytosis, stab cell shift within 9%, accelerated ESR within 20 mm/h, fibrinogen within 5.5, immunoglobulin M within 4.5 g/L, immunoglobulin G within 24.2 g/l,. The reaction to inhibited lymphocyte migration made 174% (with the norm being 90%). The ECG recorded some episodes of migration of the pacemaker and frequent ventricular extrasystoles. The chest X-ray pictures detected a stronger lung pattern due to the vascular component. The heart shadow was not enlarged. The echocardiography did not detect any changes in the heart cavities and valve system, or any disturbed systolic or diastolic functions of the left ventricle.

Based on the clinical and instrumental investigations the patient was diagnosed to have an infections-allergic myocarditis of medium gravity. The NLS-investigation revealed spectral similarity to the etalon standard process “Infectious-allergic myocarditis” (D=202) allowed to objectify the clinical diagnosis and determine the localization and spread of the inflammatory process. The patient was prescribed an antiviral, anti-inflammatory and metabolic treatment. Six weeks later the patient’s general condition improved: heartache, irregular heartbeat, shortness of breath and feebleness did not trouble her any longer and her legs were not pasty any more. The laboratory and ECG changes became smaller though did not disappear completely. Ten weeks later a check NLS examination of the heart was performed. Check shots displayed some areas with a higher chromogenics of the NLS signal (4-5 points). The increased chromogenics zones completely corresponded to the fixation areas of tagged autoleukocytes in the myocardium.

A peculiarity of this clinical example is that in this particular case the diagnosis of myocarditis was confirmed by several noninvasive methods; the spread of the process was determined and physical control over the myocardium condition was set in the course of treatment. 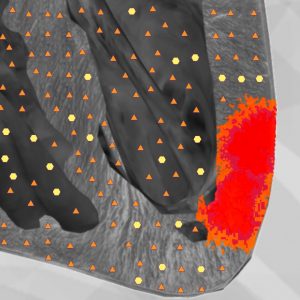 In summing up it should be stressed that NLS is a noninvasive method of visual diagnosis of inflammatory diseases of the myocardium. That gives reasons to recommend NLS for diagnosing myocarditis, for making a differential diagnosis of some other diseases of the myocardium of a non-inflammatory pattern, and also for evaluating the condition of the cardiac muscle in the course of treatment.