NLS-SYSTEMS AND WORLD PHILISOPHY OF KANT AND SCHOPENHAUER

Corresponding member of the Academy of Medical and Technical Sciences

Kant revolutionized philosophy by stating that man creates reality rather than feels it. He makes this assumption from the fact that our physical sensations, passing through the nervous apparatus, are transformed, and then reassembling in the brain, present us with a picture that we call reality, but which, in fact, is a chimera, a fiction that exists only in our cognizing and analyzing consciousness.

We can’t see anything but our own version of what is going on “outside”. We cannot comprehend the essence that lies beyond our brain. 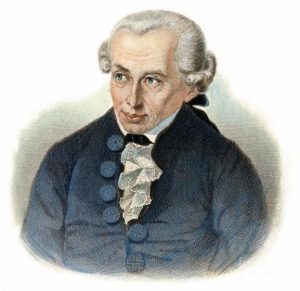 According to Kant, the primary essence, which Kant called “Ding an sich” – “thing-in-itself”, will and must remain unknowable for us.

Unlike Kant, Schopenhauer believes that Kant missed the main source of information about the world given to us in sensations – our own body. Our body is a material object, it exists in time and space. And this knowledge comes neither from external perception, nor from mental activity, but from direct knowledge from within, resulting from sensations.

From our own body we receive very superficial knowledge, already realized, because the vast majority of our inner life is unknown to us. It is repressed from consciousness and is not allowed into it, because knowledge of our deep nature (hatred, fear, envy, sexual desires, aggression, greed) would bring us suffering. 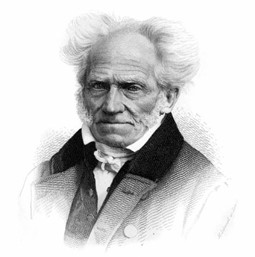 We can evaluate this unknowable inner world with the help of NLS-technology devices by reading and analyzing our own frequency spectrum.

All stages of deviation from the norm, which do not manifest themselves in a body and are not cognizable until certain symptoms of realization appear, can be identified using such an instrument as the hardware-software systems “Metatron”.

Analyzed frequency spectrum, as a reflection of the quality and harmony of a body’s homeostasis, either is preserved or there are deviations in frequency, which correspond to a certain noise level in a system, analysis of which provides us with information about the unknowable part of a body.

Ayurvedic medicine approach to the study of the inner world is used. There are 5 stages of a disease that do not manifest themselves, but are identified with the help of this technology.

Identification of the objective psychoemotional status and all the blocks that exist in a body as, according to Schopenhauer, a manifestation of the will or our continuous desires and obstacles to their realization.

The will pushes us forward relentlessly, and as soon as we have time to satisfy one desire, another immediately replaces it – and so on without end.

These energy blocks can be identified and eliminated with the help of HSS “Metatron”.

Assessment of our inner world, which has not yet manifested itself, is performed through individual deviations of hormones and enzymes, as well through presence of toxins.

According to Schopenhauer, there is no harmony and happiness, since the inner world cannot be controlled.

By exposing people in their true colors, the system allows you to direct thoughts to the most necessary: tolerance, mercy, condescension and love for your neighbor.

According to Schopenhauer, we are the manifestation of life force, will (desires), things in themselves that exist in eternity.

Death is not the final annihilation. We are returning to the primordial life force that exists outside of time.

We should strive, as all the great men of wisdom did, to live in high energies, for example, through art, philosophy, religion, that is, aesthetic passions. A person should not only act, but also contemplate.

In Japan, users of HSS “Metatron” accompany objective assessment of a body with Bach music, which is already a corrective effect to a body.

A person should feel the life force that exists everywhere and manifests itself in every living being.

The system allows you to realize your inner wealth and energy, which generates a sense of self-worth and health.

With the help of information medicine specialists, the inner world, according to Schopenhauer, is cognizable and can be controlled.