Computer Nonlinear Diagnostics (NLS) is a new highly informative method provided to examine the spine and spinal marrow. The NLS advantages are noninvasiveness, scalability of the image field, a capability to obtain sections of any orientation and virtual imaging of radicular canals and paravertebral zone. Undoubtedly, the use of NLS in diagnostics of degenerative spine diseases has apparent prospects. 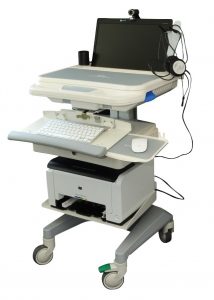 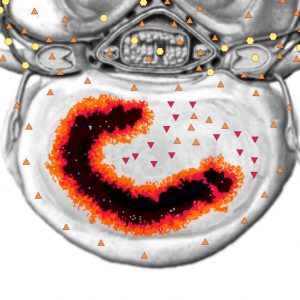 Degree 1 – a hyperchromous zone, appraised at 4-5 points on Flandler’s scale, was detected in 90 patients. Conventional radiographs did not display any changes. Formation of fibrovascular tissue followed by its penetration into the bone marrow is believed to underlie the changes. Some authors relate these changes to the lack of stability in this segment.

The histograms displayed a spectral similarity to the reference standard “intervertebral osteochondrosis” (D 0.396 to 0.425). 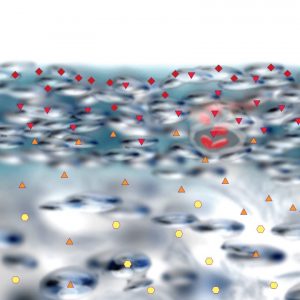 Degree 2 – a hyperchromous response in the affected zone at 5-6 points on Flandler’s scale was detected in 215 patients. Conventional radiographs did not show any changes. According to some literary evidence, in this phase the histology detects a substitution of the fat bone marrow for the red bone marrow often accompanied by enlarged trabeculae. This phase generally precedes an osteochondrosis development which can be diagnosed a little while later by conventional radiographs.

The spectral similarity to the reference standard “intervertebral osteochondrosis” was frank (D 0.246 to 0.360). 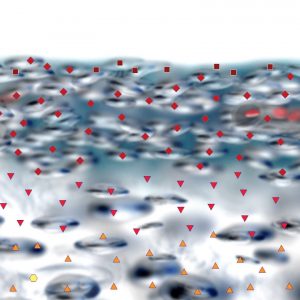 Degree 3 – evident hyperchromous response (6 points), which corresponds to a far advanced vertebral body sclerosis, was detected in 312 patients. Some secondary symptoms, like local bulging and vertebral asteophytes, were detected with a far advanced degenerative lesion of the disks and a substantial similarity to the reference standard “osteochondrosis” (D from 0.152 to 0.218). NLS allows to differentiate between a protrusion and prolapse of the disk and existence of rupture of the fibrotic ring and the condition of longitudinal and other ligaments.

A protrusion is defined as a bulging of the disk tissue beyond the posterior outline of the vertebral body into the spinal canal. The fibrotic ring tissue endures though becomes very thin and NLS only reveals a zone of slight destructive change in the structure (3-4 points). The pulpous nucleus shifts dorsally much farther in the disk. The protrusion has a wide base and can spread as far as intervertebral foramina with the inferior part of the foramina filled with disk tissue. The compression of the intraforaminal structures can cause irritation of the nerve root. Normally, the nerve root uninvolved in the process gives a moderate response (3-4 points). At compression, it gives an acutely frank hyperchromous response (6 points). Protrusion may be accompanied by a slight caudal shift, which is quite often defined by means of the NLS-method at L5-S1 intervertebral disk level. NLS detected protrusion in 729 patients. 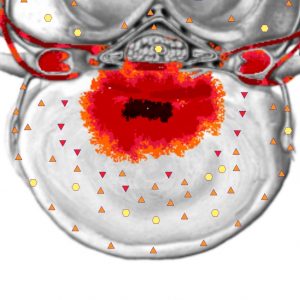 The rupture of the fibrotic ring fibers results in the prolapse of the pulpous nucleus on a subligamentary level and the ligament rupture results in the prolapse inside the cerebrospinal canal. As can be seen from NLS, the longitudinal ligaments look well delimited and are represented as hyperchromous band-like structures (5-6 points) which adjoin the bones and the fibrotic ring. The extraligamentary prolapse can shift either in a caudal or in a cranial direction. The extraligamentary prolapses of the disk that lost contact with the host disk become sequesters. Occasionally, we observed some very small extraligamentary sequesters which shifted far into the cerebrospinal canal, which made it hard to detect them.

The NLS-investigation detected prolapse in 445 patients. In 68% of cases, hernia of intervertebral disk was combined with other degenerative dystrophic spinal changes on this level. The hernia of the intervertebral disk was detected at L4-5 level in 83%, at L5-S1 level in 15% and at L3-4 level in 2% of cases. A lesion of several disks was found in 50 patients. 196 patients underwent surgery, among them 114 had lateral hernia, 76 patients had median lateral hernia and six had median hernia. Five patients had surgery for hernia recurrence. The NLS diagnosed extraligamentary sequestrated hernia in 38 patients, and intradural hernia was diagnosed in 3 persons. Multiple sequesters were detected in five patients.

With a suspected hernia, the NLS-investigation should be performed at least in two planes, sagittal and paraxial, i. e., parallel to the disk plane, and the sagittal investigation can be combined with other projections.

The median prolapses of intervertebral disks in sagittal shots could be seen quite clearly. The signal content of the hernia predominantly corresponded to the NLS signal content of the pulpous nucleus. The external part of the fibrotic ring, posterior longitudinal ligament and the dura matter give a frank hyperchromous response and do not differentiate from one another. Thus, the NLS-method sometimes fails to present a direct proof of a rupture in the external part of the fibrotic ring. It is largely a lesion of the pulpous nucleus on the side of the back edge of the vertebral body that speaks in favor of the protrusion in axial shots. Displacement and compression of the spinal marrow can well be seen in both sagittal and axial projections. 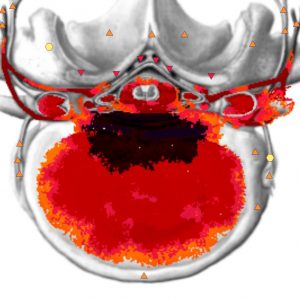 Sagittal shots have an advantage in deciding on the disk prolapse, the size of intervertebral foramina and the condition of the cerebrospinal canal and bones. These shots are not significant for detecting an intradural process with the cone especially poorly visible in them. Frontal shots have drawbacks in determining the condition of the pulpous nucleus and fibrotic ring. To that end, paraxial virtual models are used, for they allow differentiating the process between the pulpous nucleus and the fibrotic ring and sometimes making it possible to differentiate between the fibrotic ring rupture and the protrusion without rupture. Thanks to virtual dimensional scaling sagittal shots allow to well delimit the subarachnoid space.