Today the world faces a constant trend of a growing rate of mortality caused by occlusive vascular diseases, especially by cerebrovascular disorders, which are in the third place among death causes. On the one hand, a growing number of elderly and aged patients causes the trend. On the other hand   many  men  even  already  at  45  have  atherosclerotic  damage  of  main head arteries, causing the need for a dispensary observation.

The most simple and at the same time informative method of noninvasive diagnosis of occlusive damage of peripheral vessels appeared to be the NLS-angiography method, which has been used in clinical practice not long since. Modern NLS devices equipped with analog trigger sensors, operating in 4.9 GHz frequency mode, and used in clinical practice since the beginning of 2000, have become more and more widely spread. They can help determine the condition of certain sections of the main vessels in the lower limbs and that of the brachiocephalic vessels.

Not only the condition of the vessels, but also that of the valvular system of deep veins, can be studied. 102 patients were examined in 2015-2017 to detect valvular insufficiency of deep veins affected by varicosis. The patients were from 21 to 67 years old.  The examined patients included 25 men (24.5%) and 77 women (75.5%). The study was carried out by means of the “Metatron”-4025-M device using a 4.9GHz digital trigger sensor. 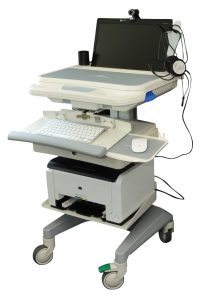 In 32 patients a valvular insufficiency of the femoral vein was detected, in 44 patients failure of both femoral and popliteal veins. NLS allows to assess the condition of the valvular system of deep veins in low limbs on a noninvasive and objective basis, which is very important point for the surgery tactics to be selected, and can be used as an alternative to phlebography analysis. 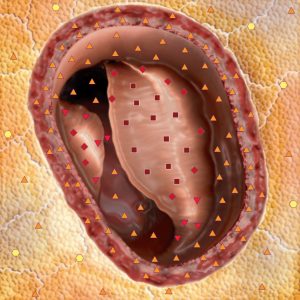 The NLS-signal spectral analysis method has no counterindications and in terms of informational content is comparable to angiography. It can be used to perform screening in the course of polyclinical examination with a view to detect early or latent forms of vascular pathology and also as a preliminary   method  for  selecting  patients  for  angiosurgical  treatment,  since according to some angiologists, angiography should only be performed on candidates  for  surgery picked  out  after  a  preliminary  NLS  investigation. However, this method does not allow to assess bulk index of the bloodstream, because NLS does not allow to provide a vessel’s image and hence to measure the vessel’s diameter. This kind of information may be acquired with the help of Doppler systems with 2D-imaging, that offer duplex and triplex scanning (the so-called Doppler chromatic charting).

The NLS-method appeared in the beginning of 2000 and played an essential role in vascular pathology diagnosis. The main advantage of the NLS-method was that it facilitated search and locating the vessels and allowed to very quickly  differentiate  vessels  from  nonvascular  structures,  arteries  from  veins  and very  accurately  detect  signs  of  disturbed  vascular  permeability caused  by stenosis  or  occlusion  of  the  vessel  lumen  by  an  atherosclerotic  patch  or  a thrombus.

In addition the  NLS-method  allows  to  diagnose  portal  hypertension, the extent of its intensity, and permeability of porto-systemic bypasses. 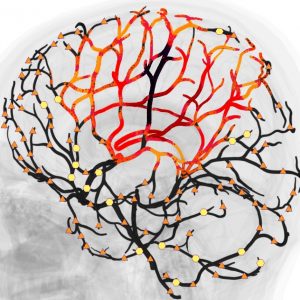 NLS is very sensitive in defining the extent of peripancreatic vessel involvement with pancreas cancer, which is essentially important for choosing the approach for surgical treatment. 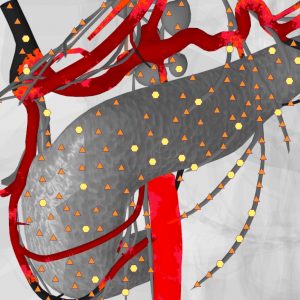 NLS allows to detect the damaged renal vessels (both veins and arteries), which is very important for the correct choice of a hypotensive drug at arterial hypertension. 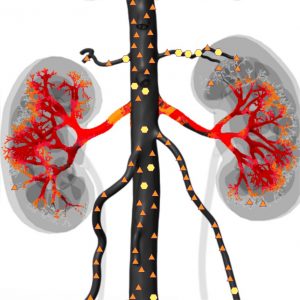 Some efficient hypotensive drugs, i.e. inhibitors of angiotensin-converting enzyme (ACE) such as capoten, enalapril, berlipril, etc., became very popular lately, but they have counter-indications at renal artery stenosis. Therefore, physicians should bear in mind that checking for stenosis is necessary before prescribing this kind of medicine. The NLS-method is likely to be the choice method in such cases.

The NLS-method is indispensable for differential diagnostics of hepatic diseases. Its sensitivity is comparable with the potentials of conventional or digital angiography and computer-assisted amplified tomography.  In addition, the NLS-method is much cheaper, simpler and more intelligible.  It can be employed directly at the patient’s bedside, if required. 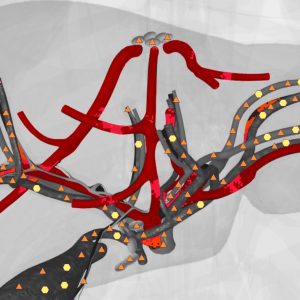 The NLS-method may be used in ophthalmology to check ocular hemodynamics before or after surgical intervention. 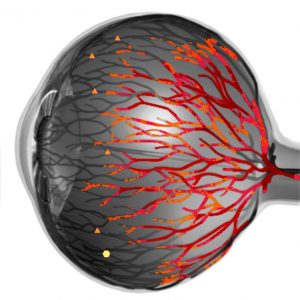 Yet  another  potential  of  NLS  method  lies  in  cranial  scanning  which allows to detect intracranial hematomas, aneurisms, cysts and tumors in the encephalon. These are far from all potentials of the NLS method. 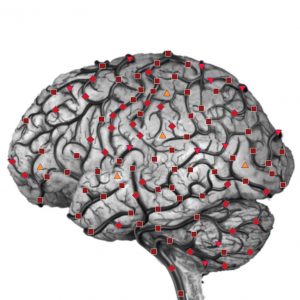 Summing up, the NLS-method is one of the most dynamic techniques and within the next few years it is bound to bring some new discoveries.