Structural-degenerative, age-related changes are usually considered as irreversible in case of osteoarthrosis in later stages. Identification and evaluation of NLS-manifestation signs of osteoarthritis provide understanding of its causes and features of its further progression. Determination of interrelations of structural changes in joint at different disease stages (early stages especially) assists in effective treatment policy planning. Given article presents study of clinical significance and diagnostic efficiency of early NLS-manifestations of knee osteoarthritis that took place in the Republic of Korea.

NLS of knee joints may establish itself as a leader in modern diagnostics of articular pathology. Possibilities of modern rheumatology and orthopedics (that possess variety of therapy methods and means) require accurate and timely diagnostics of pathological process origins, especially in early stages of disease. In the first place, it concerns such pluricausal diseases like osteoarthritis; one of its most common forms is knee-joint osteoarthritis. Abundance of risk factors (including genetic ones) does not always allow timely identification of osteoarthritis development and its early manifestations signs, especially in case of obliterated symptoms. Application of large amount of modern therapeutic agents in early stages provides both ceasing of disease progression and reversal of degenerative changes development (hyaline cartilage particularly).

In this regard, early diagnostics of initial osteoarthritis manifestations becomes especially urgent. Radiography of joints remains the most spread method of osteoarthritis diagnostics, however initial osteoarthritis manifestations cannot be revealed by given method. Perfection of technology and accumulated experience demonstrates the advantage of NLS of joints compared to other ray-methods. In addition to its high information value, NLS is affordable, mobile and safe diagnostics method that provides easy and dynamic observation; but literature data analysis shows that method’s potential in detection of early pre-radiological knee-joint osteoarthritis is discovered not completely.

Research objective: detection of NLS-manifestations of nontraumatic knee-joint osteoarthritis in pre-radiological and I-II radiological (Rg) stages and evaluation of their sensitivity, specificity and clinical significance.

«Metatron»-4025 (Institute of Practical Psychophysics, Russia) system was used in our research. «Red Dragon» professional software with possibility of 3D-visualization of images and microscans examination potential was used together with «Metatron» system.

The research was performed in 125 patients, age group from 40 to 65 years, suffering from knee joint pains during 1 to 5 years (general group) at relative clinical remission stage, without injuries and knee joint operative treatment in their medical history. Control group consisted of 40 men and women from 25 to 35 years without clinical (0 points according to KOOS scale) and instrumental signs of knee-joint osteoarthritis.

Status and structure of cartilage on condyles anterior surface, on load-bearing face of condyles when flexing knee at 70-90° angle and also cartilage thickness of condyles rear surface was estimated.

Structural changes of hyaline cartilage were evaluated according to the classification close to ICRS (International Cartilage Repair Society) classification. But this classification was supplemented and modified by us for NLS-diagnostics:
0 – normal cartilage;

Maximum and prevailing degrees of structural changes were estimated.

In accordance with data obtained, manifestation rate of NLS-picture degenerative changes, both maximum and predominant, was significantly higher in general group compared to control group, including 0 Rg-stage knee-joint osteoarthritis subgroup. Accurate positive correlative relation between manifestation rate of degenerative changes and Rg-stage of knee-joint osteoarthritis (maximum and prevailing respectively – 0,58 and 0,75, p <0,05) was registered.

Manifestation degree of kneecap medial facet chondromalacia (in addition to the abovementioned criteria typical for degenerative changes in cartilage as a whole) was estimated according to the area of often-revealed hyperchromogenic spot in the facet’s center. Given phenomenon reflects chondromalacia of cartilage basal layers typical for thick hyaline cartilage of kneecap.

We received NLS-images spot at 3D-visualization of microscans with passing of scanning image plane deep into patellofemoral joint, parallel to anterior surface of medial femoral condyle.

Such degeneration type of certain intensity degree was found in 94 general group patients; 15 patients had no changes.

Registration of such changes in the majority of patients with 0 Rg-stage of knee-joint osteoarthritis draws an attention. Structural changes of hyaline cartilage of kneecap medial facet are distinctly detected more often and more apparent as disease progresses in the form of radiographic picture change.

Increase of osteophytes intensity during NLS was confirmed by significant indices differences among all subgroups with 0, I and II Rg-stages (p <0,05) was registered as Rg-picture progressed. Location of osteophytosis of maximum intensity was registered in patellofemoral joint compared to tibiofemoral joint in patients with 0 and I osteoarthrosis Rg-stages (in majority of cases: 80 and 85% respectively).

Medial meniscus degeneration occurred in 13% of general group patients during our research. No degenerative changes of lateral meniscus were found (except for 2 cases of discoid meniscus).

We have developed the following working classification due to practical needs of severity determination of meniscus degeneration and lack of standard classification: 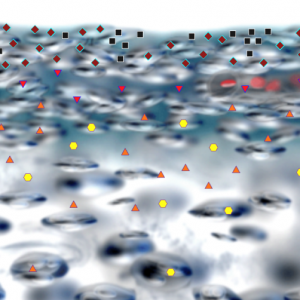 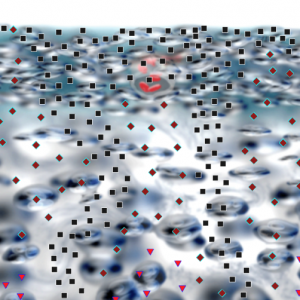 During our study given disorder was found in 2 patients with II and III Rg-stages of knee-joint osteoarthritis; these patients also had evident degenerative changes of hyaline cartilage of load-carrying surface of lateral femoral condyle. Both cases confirmed by diagnostic-treatment artroscopy.

Relatively high NLS diagnostic significance in diagnostics of knee-joint osteoarthritis having both high sensitivity/specificity of method and wide range of registered pathological changes was revealed in the course of study. Manifestations of osteoarthrosis vary and in most cases they start developing not with bone changes detected by radiography. Changes of hyaline cartilage, small osteophytes are detected during NLS and at pre-radiological stage of knee-joint osteoarthritis, simultaneously with clinical semiotics manifestation. Many manifestations, if not reversible, but quite effectively stabilized by modern therapeutic agents at this stage of disease. This approach greatly improves the clinical significance of nonlinear diagnostics in early detection of described signs of intra-articular degeneration. When using NLS, structural changes of hyaline cartilage are detailed visible and determination of localization of its most evident structural changes becomes possible, which often shows primary cause of knee-joint osteoarthritis development, especially in case of apparent asymmetric affection of lateral and medial parts. Certain structural changes often occur in combination that promotes some characteristic symptom groups such as: combination of kneecap lateroposition, degenerative thinning of anterior surface of lateral femoral condyle, enthesopathy and calcification of the lateral parts of quadriceps tendon. Detection and presentation of acentric osteophytosis is both important at pre-radiological stage of knee-joint osteoarthritis and at later stages, because (as our research had shown) patellofemoral arthrosis becomes predominant in early stages; standard radiographic views show such arthrosis not sufficiently clear. Minor structure anomalies of knee joint, such as kneecap lateroposition, hypertrophy of fat body and alar folds, mediopatellar fold and etc., have important practical importance since they may contribute to osteoarthritis development (especially patellofemoral one) while menisci anomalies, discoid meniscus in particular, and also their degenerative changes cause predominance of dissymmetric tibiofemoral arthrosis.

1. Nonlinear diagnosis is an important instrumental diagnostic method of knee-joint osteoarthritis, especially in its early stages, when there is no radiological semiotics.
2. NLS-criteria of hyaline cartilage affection provides sufficient sensitivity and specificity in comparison with diagnostic-treatment artroscopy data.
3. Determination of typical NLS-symptom groups including topical localization of hyaline cartilage structural changes and corresponding affections of associated articular structures provides establishing of osteoarthritis development causes and adequate choice of treatment.
4. NLS provides revealing of structural abnormalities of formation and development of knee-joint that promote osteoarthritis development. This factor determines their presence evaluation necessity and manifestation degree within standard research.
5. We have developed working classifications of NLS picture of degenerative changes of hyaline cartilage, menisci, and degenerative thinning of cartilage index. These classifications assist in overall intensity assessment of knee-joint osteoarthritis and planning of treatment policy features.